At the start of this new year let me share with you some photographs from one of my favourite weddings from last year.

I suspected when I met Anthony and Padraig that theirs was going to be a special celebration. I was right! There was such excitement, such out pouring of love and good will, such laughter, beautiful personal touches and such a party! It is wedding days like it that are exactly why I love to be a wedding photographer. Oh and to top it all off it was in a stunning venue; Dromquinna Manor.

The guys got ready up the road from Dromquinna in the Brook Lane. Their two adorable dogs had made themselves at home there, and were also in their finest wedding wear! Anthony and Padraig helped each other get ready, fixing one another’s cuff links and ties. They were joined by their groomsmen, where there seemed to be some element of competition over who was the best groomsman! I think I give the award to Padraig’s brother who really made me laugh, he got the couple a card reading “I give it a year”!

Anthony and Padraig wanted mostly documentary style wedding photos, but still wanted a hand full of family group shots. To maximise time with guests after the ceremony we decided to do our few orchestrated shots in advance. This included shots with the dogs too of course! This is such a great thing to do, particularly with a late ceremony. I wish more people would consider it. It lets the drinks reception flow really nicely, and the couple don’t miss a moment of it.

The weather co operated and the ceremony was held outdoors. Great for natural, bright wedding photography.  Anthony and Padraig’s arrival at the top of the isle (chauffeured by host John Brennan) has to have been one of the most emotional entrances I have ever witnessed. The golf buggy emerged beeping from amongst the trees, pulled up at the end of the isle then hand in hand they made their way up the isle together to the spontaneous whooping and cheering of their delighted friends and family. Everyone was just so delighted for them, and so happy to be there. Not a dry eye! I include myself in that!

The ceremony had it all! It was officiated by their good friend, and included music and songs from friends. There were beautiful recitations, heartfelt vows and a tree planting ceremony with soil from each mans home. This tree will now grow in their new home. And finally some bizarre leaping over a broom together at the end of it all!

The music played as guests mingled, enjoying gins with all sorts of garnishes. The newlyweds caught up with friends while I captured lots of candid shots.

Thank you Anthony and Padraig for having me as your wedding photographer, and thank you for allowing me to share them here. 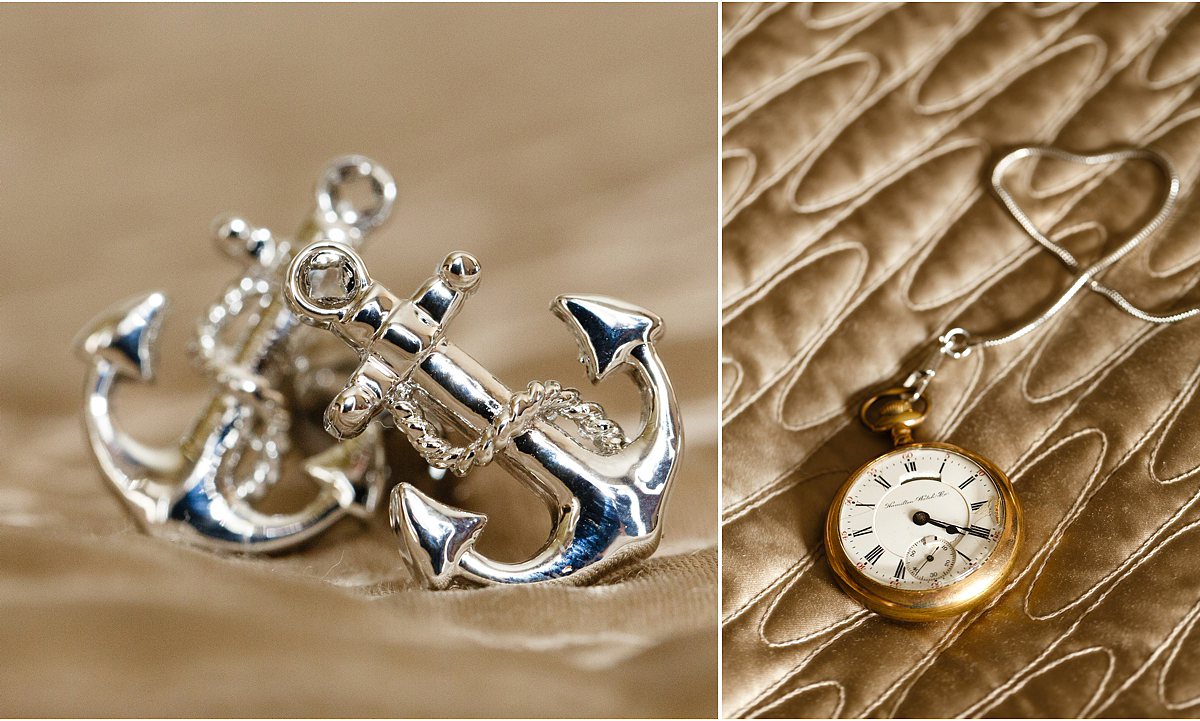 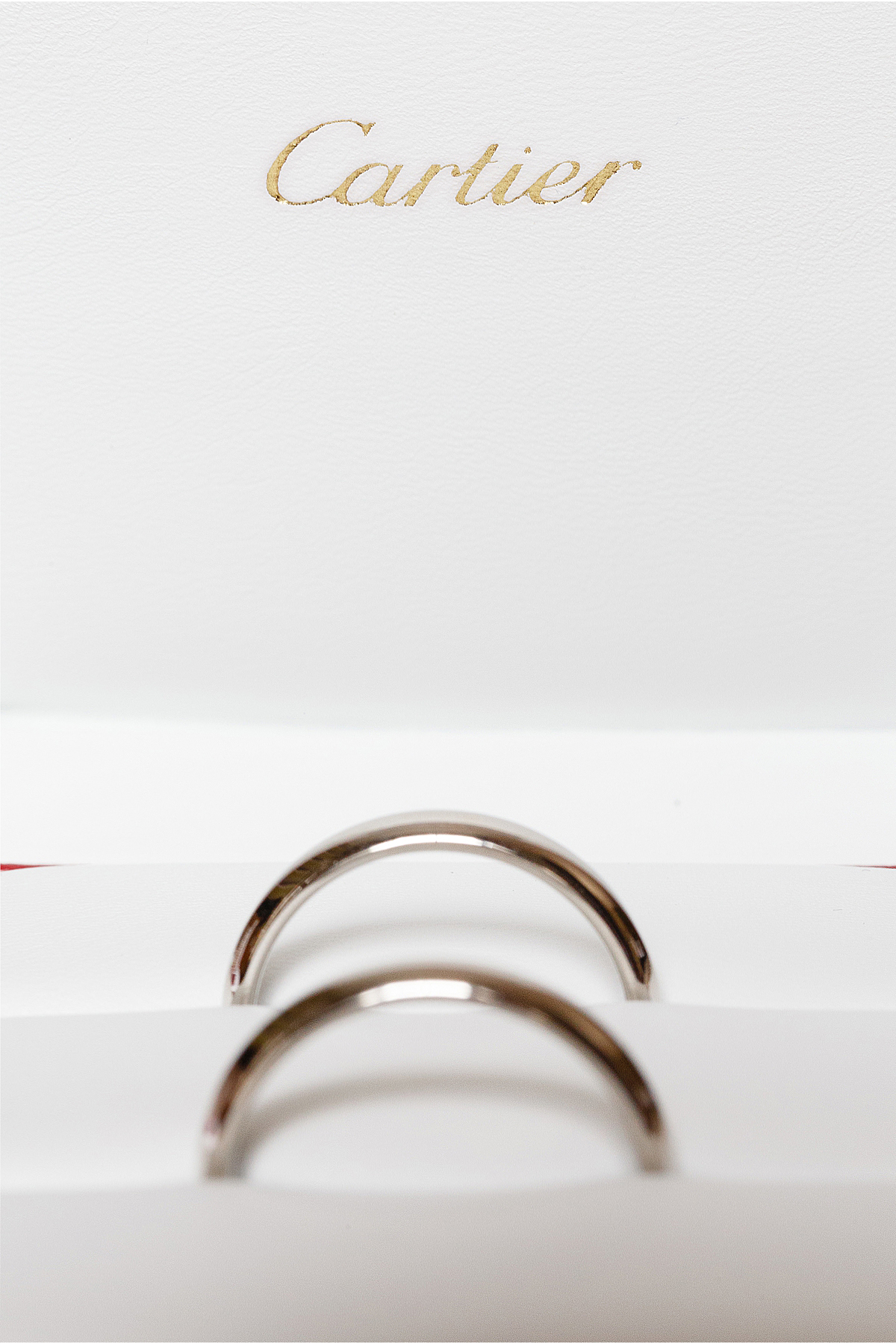 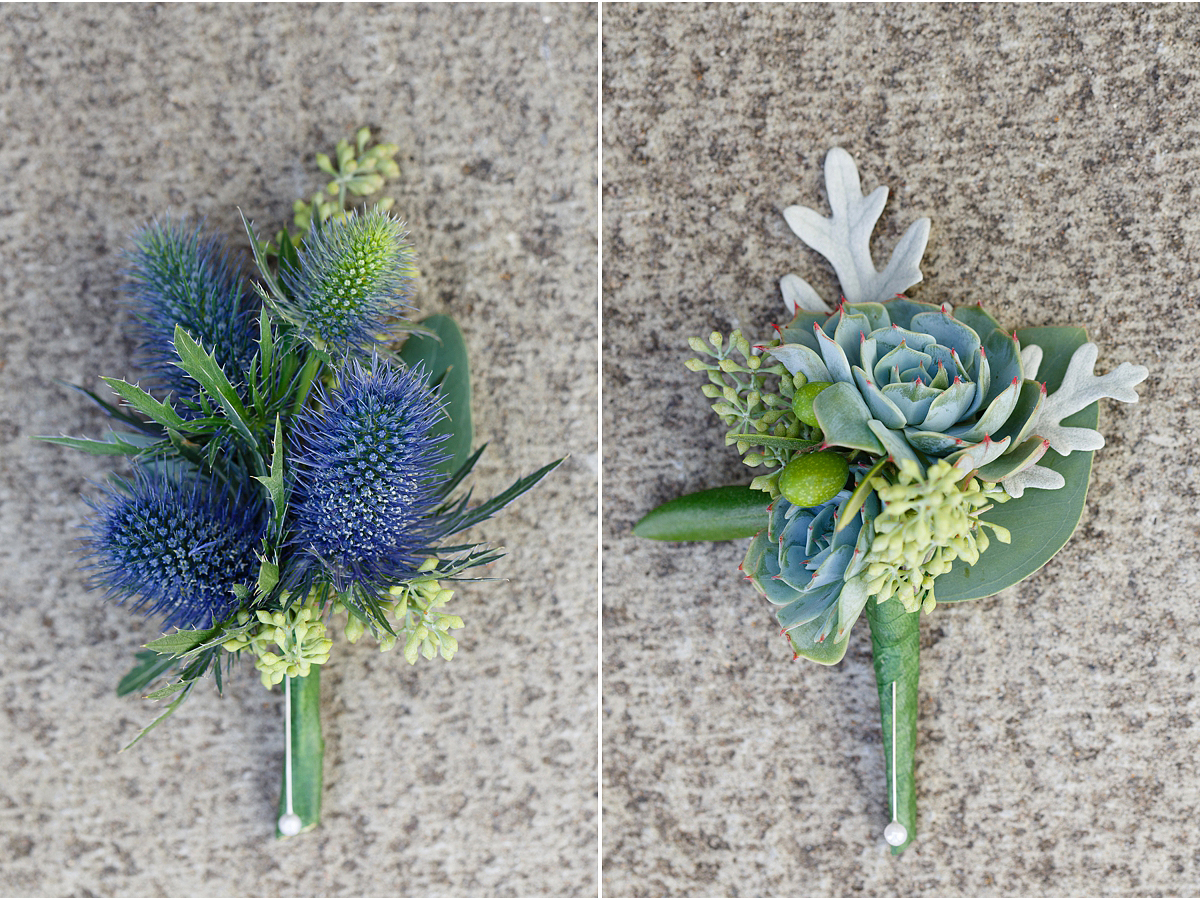 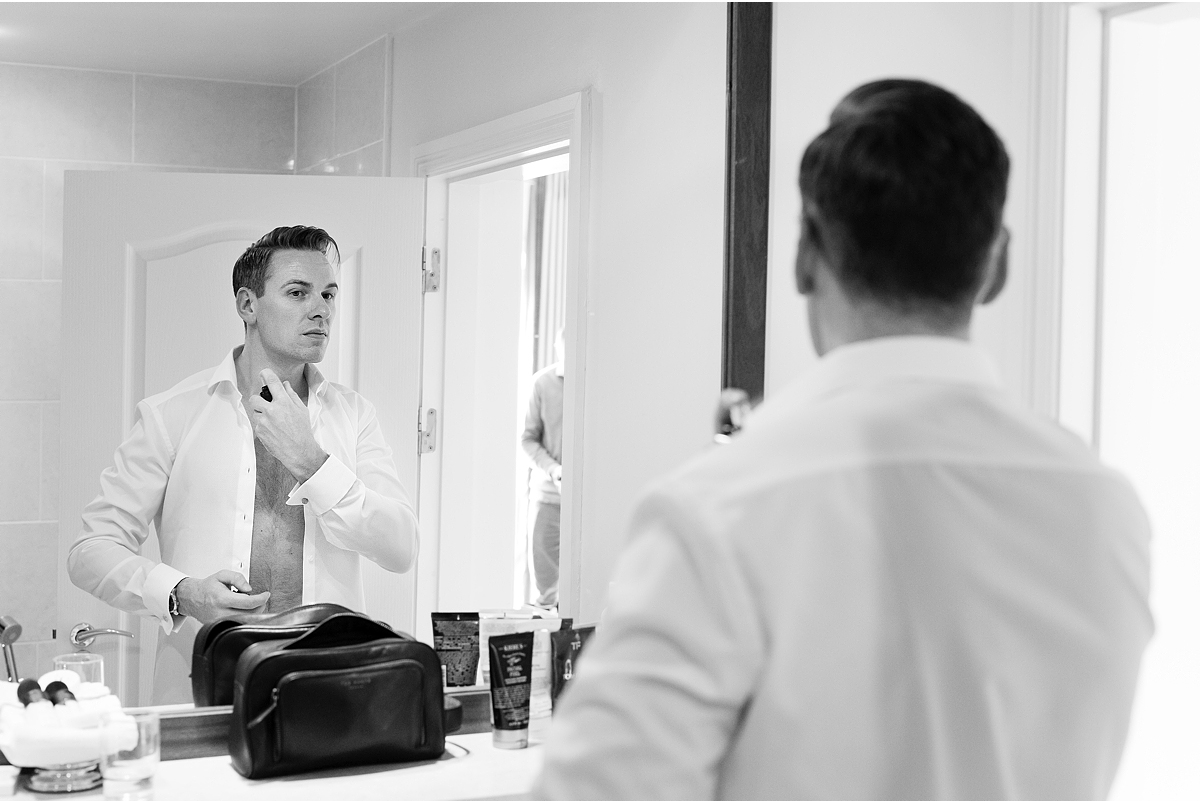 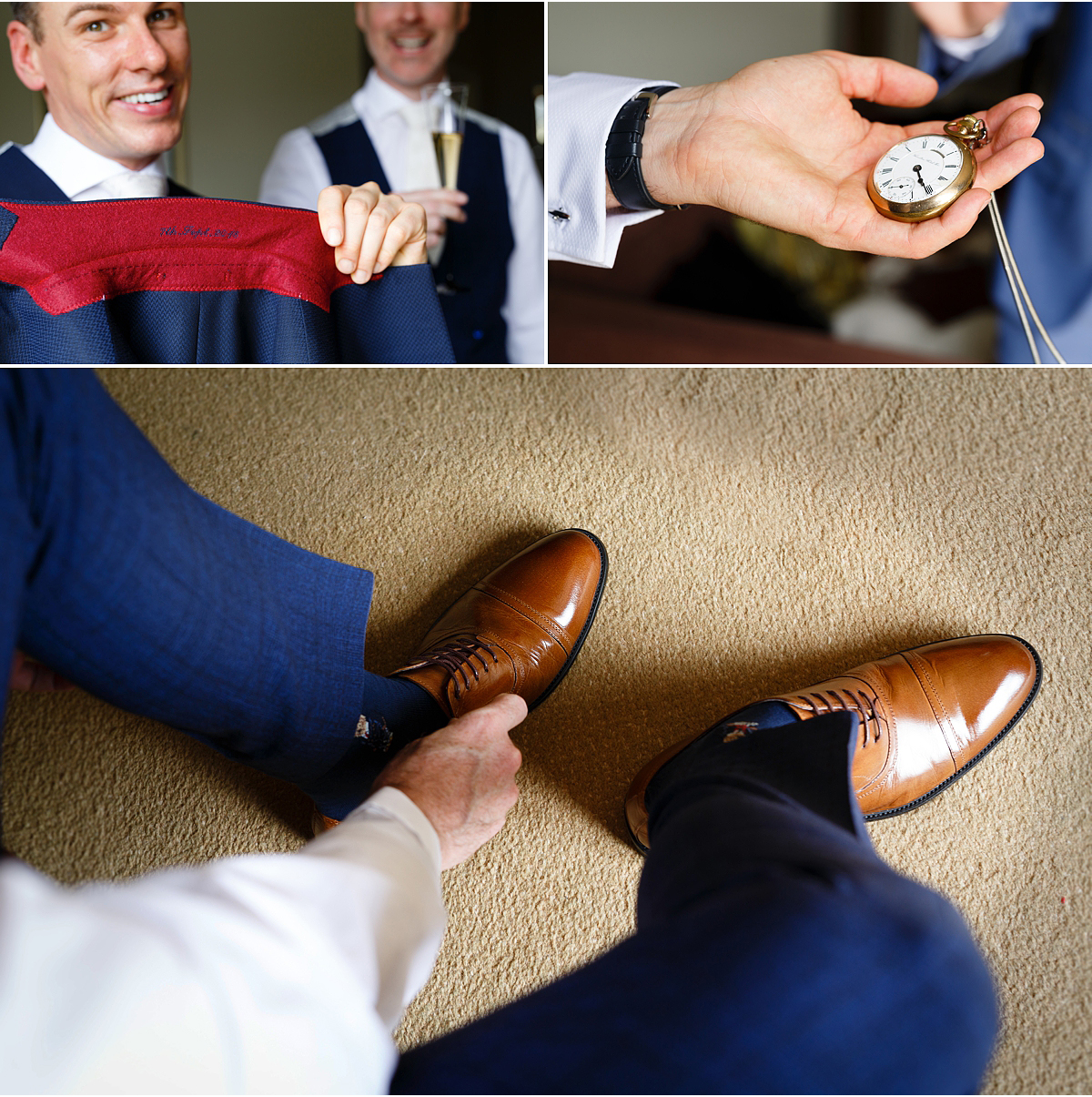 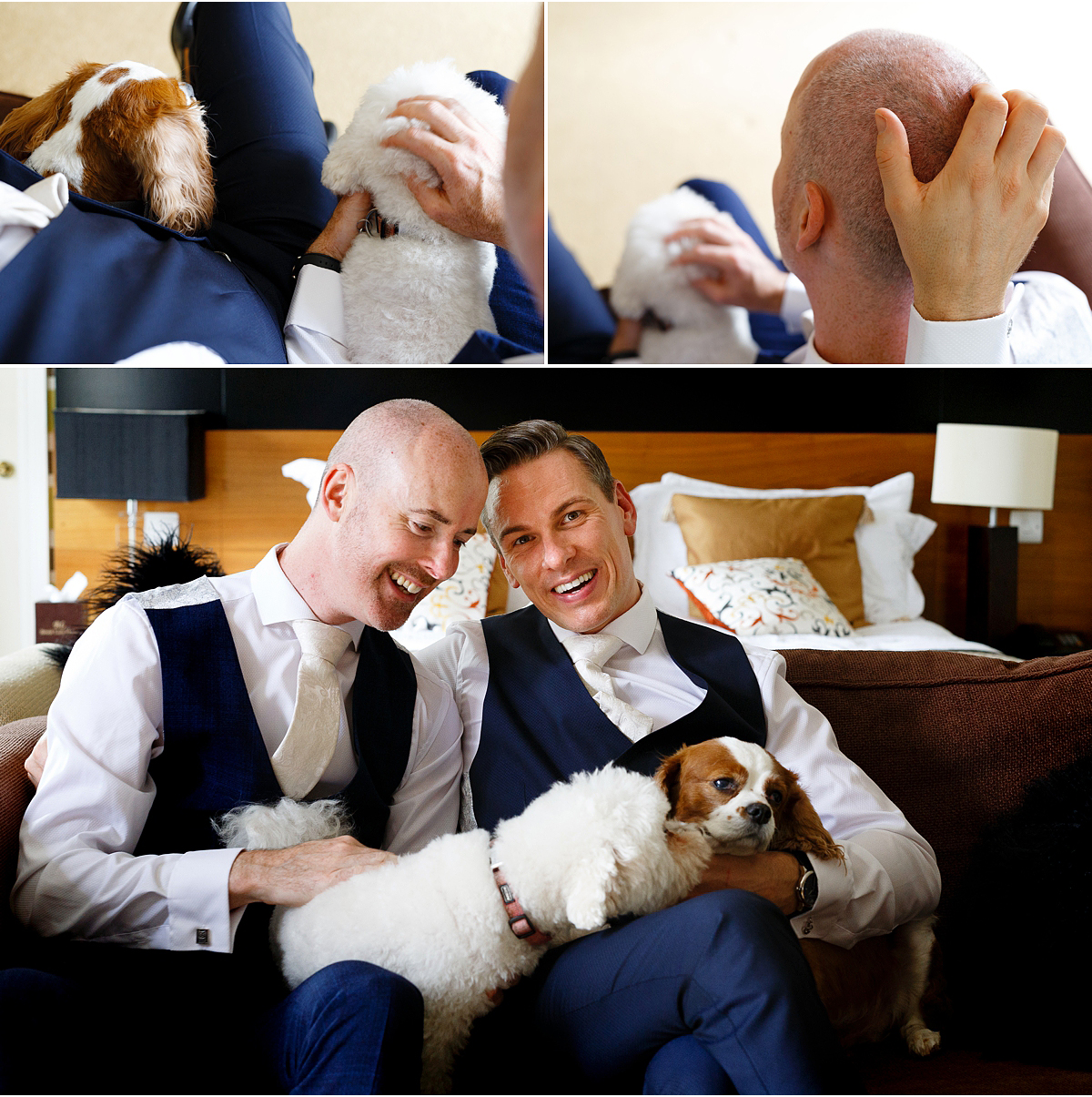 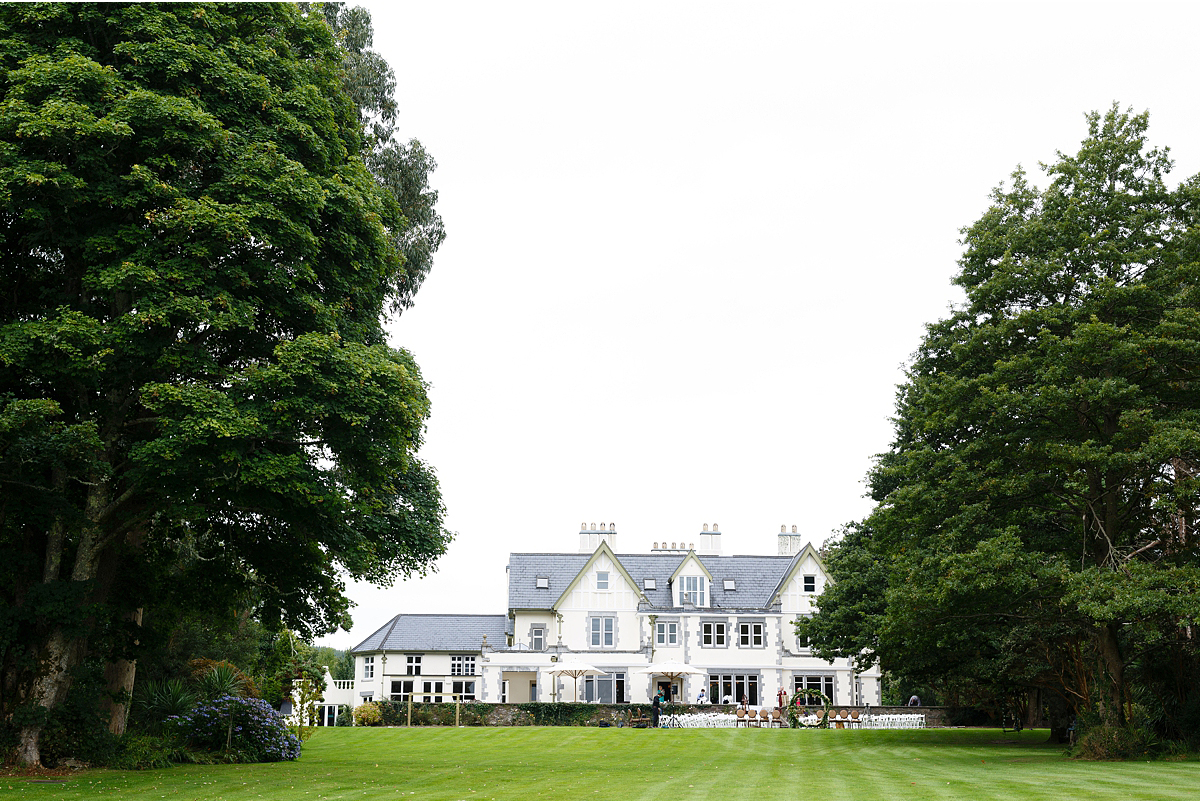 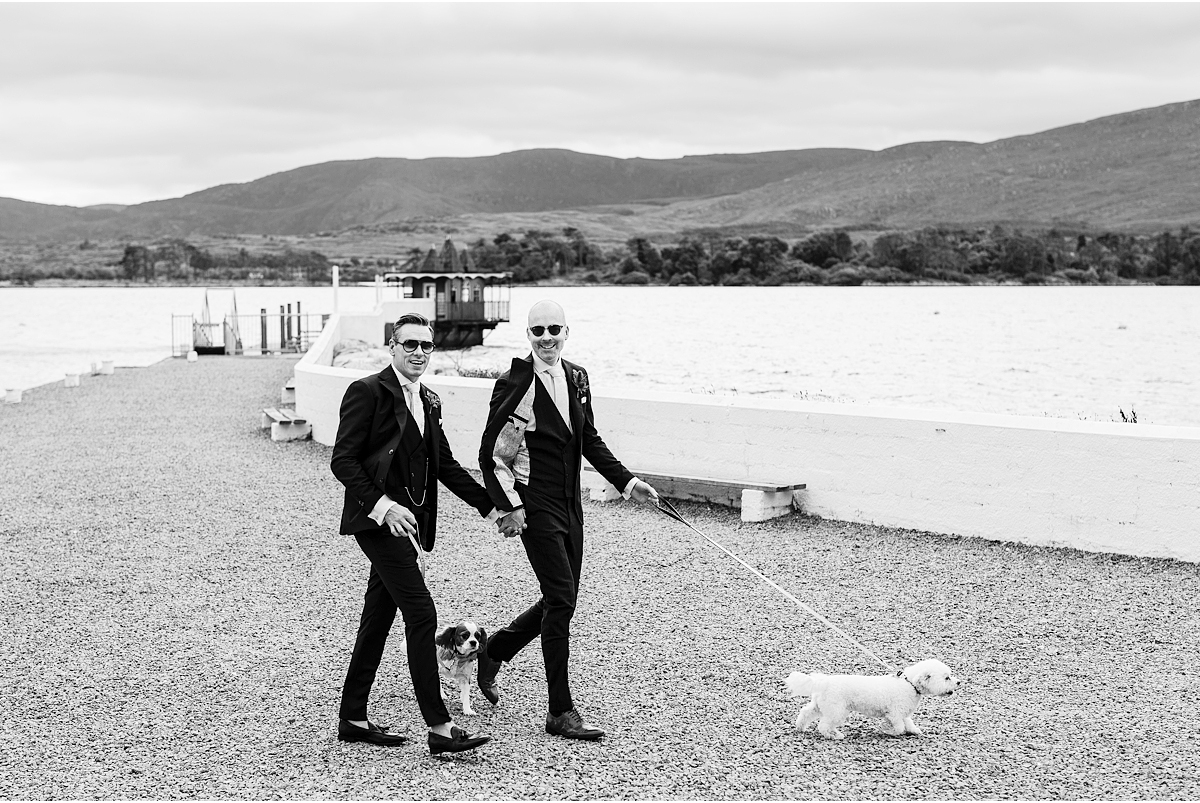 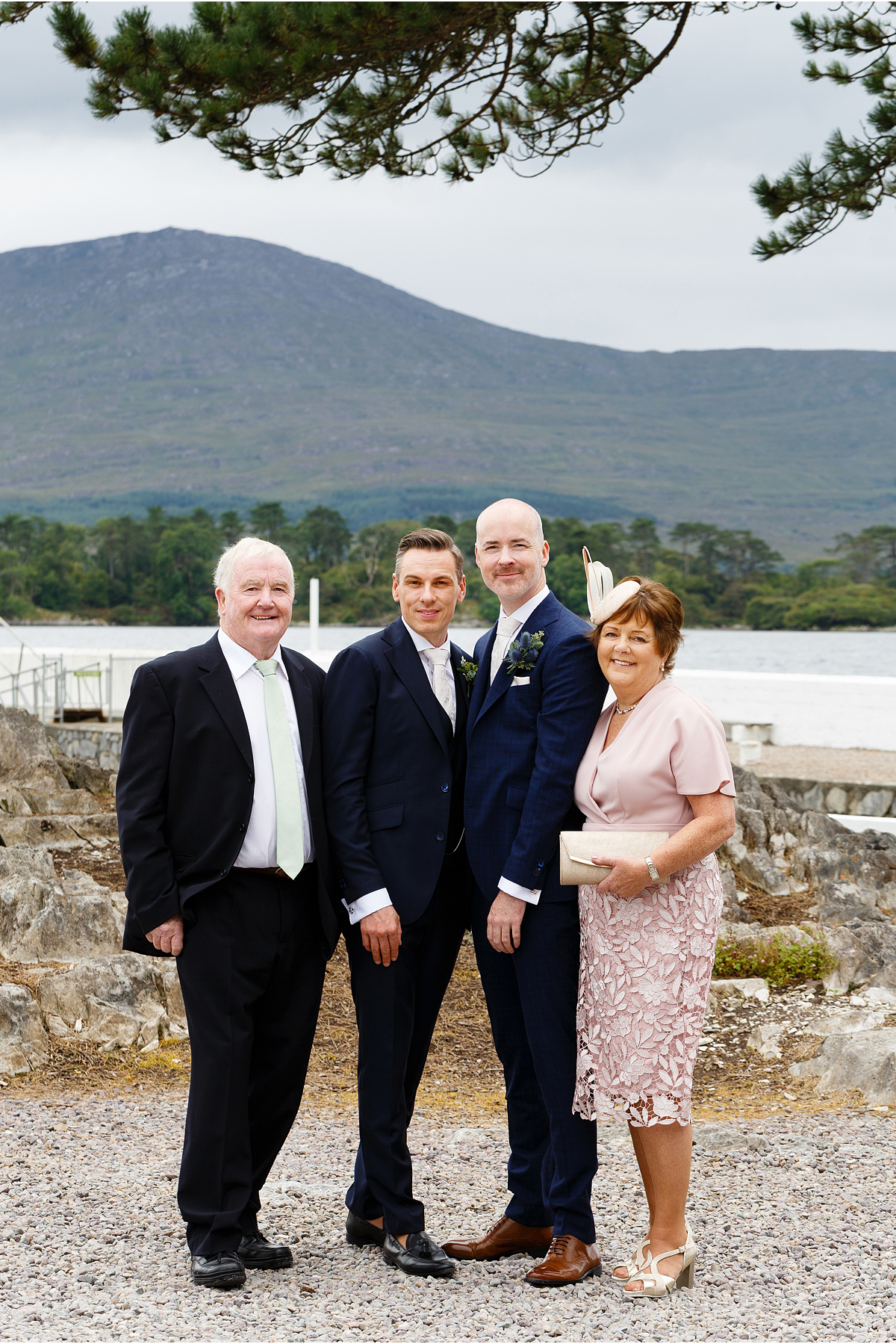 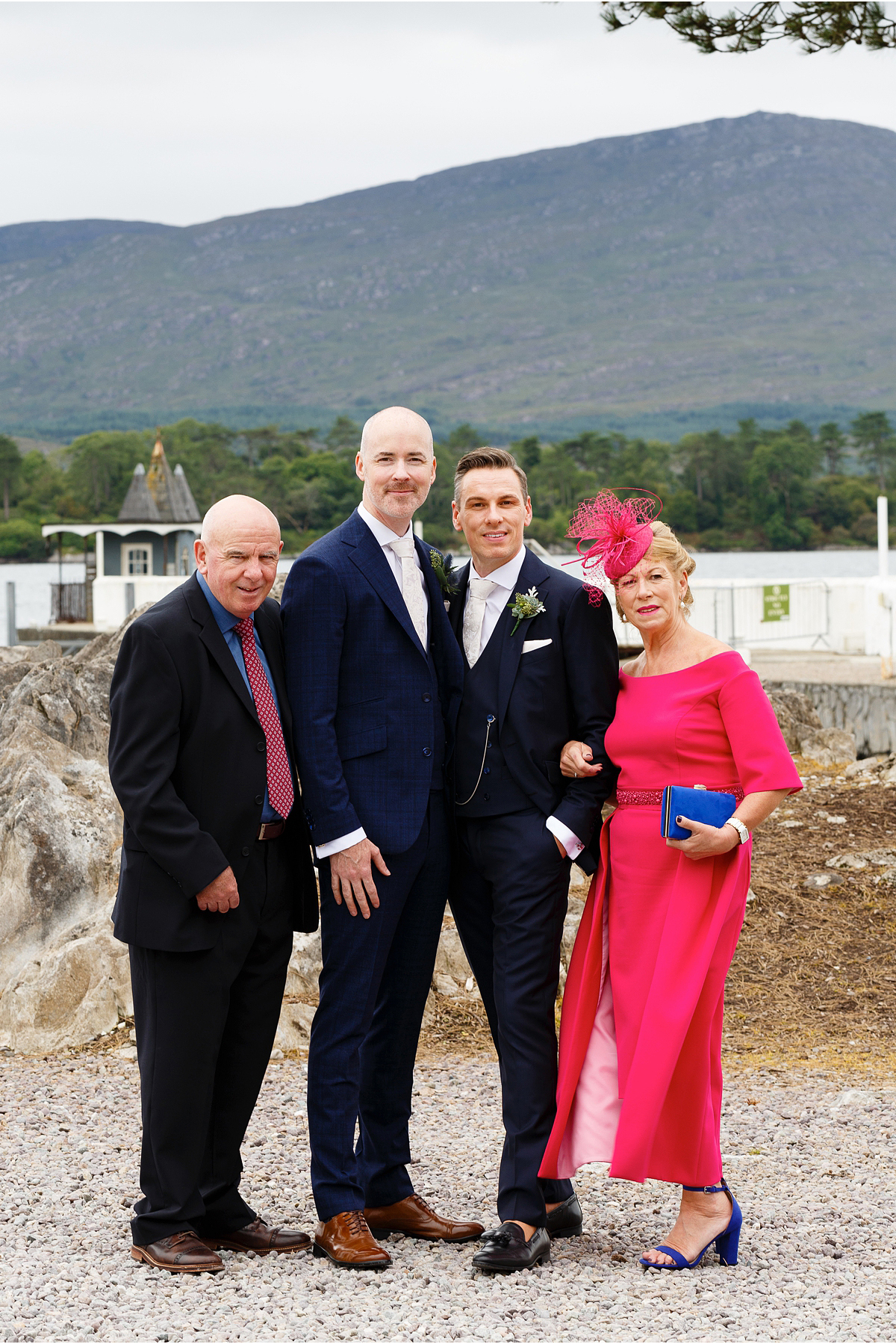 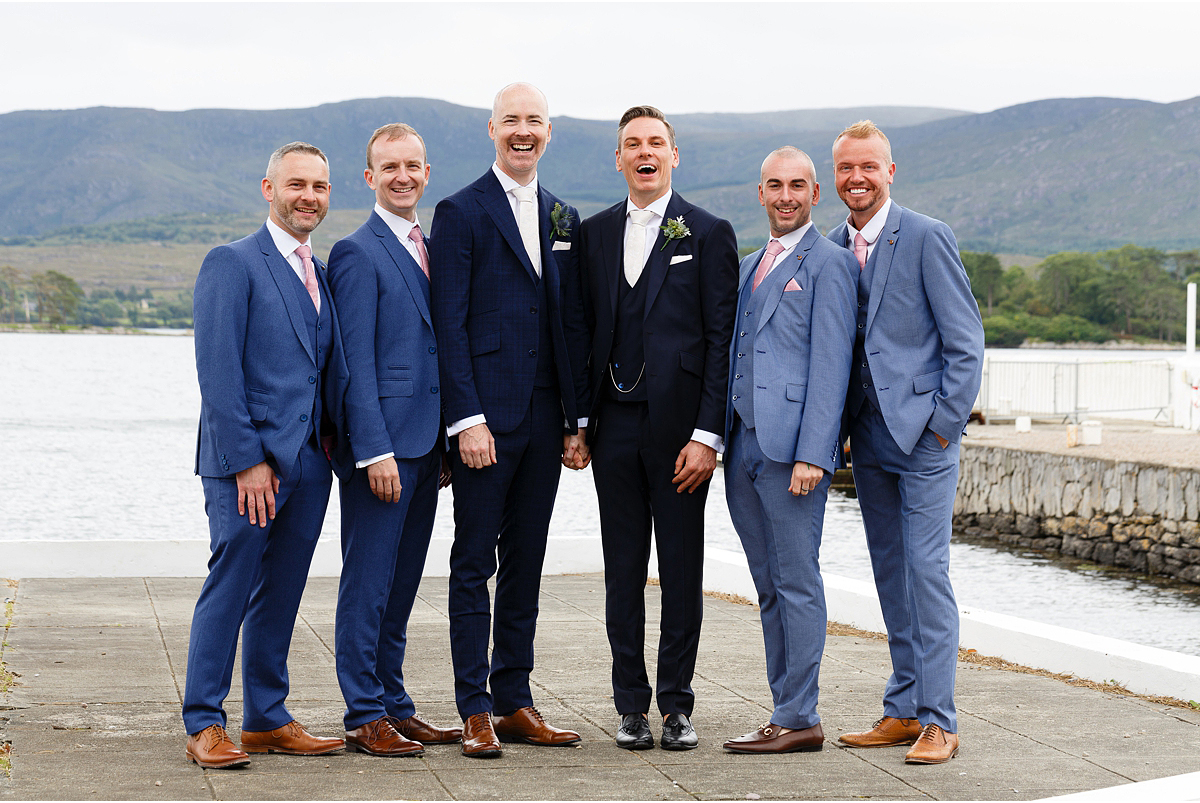 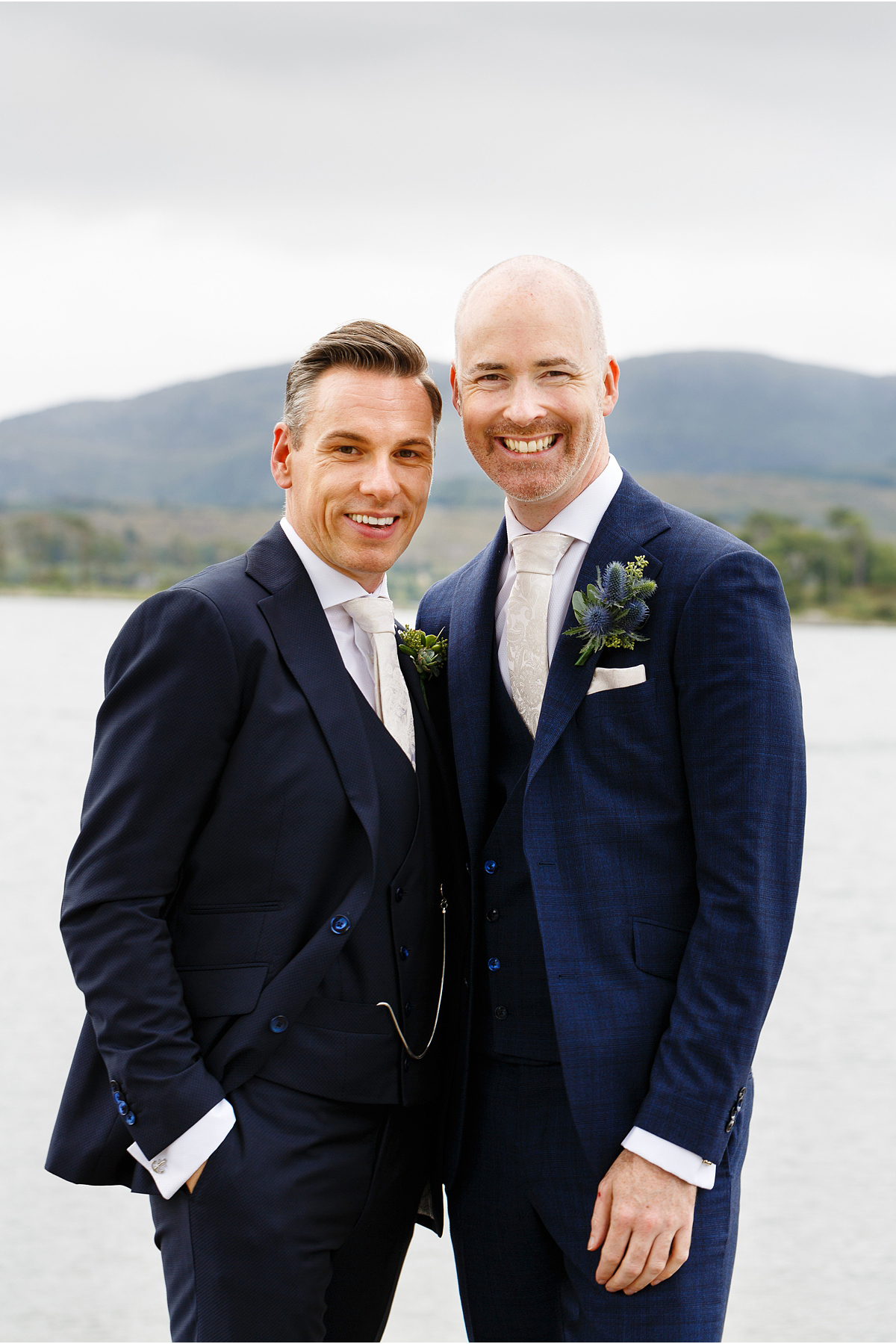 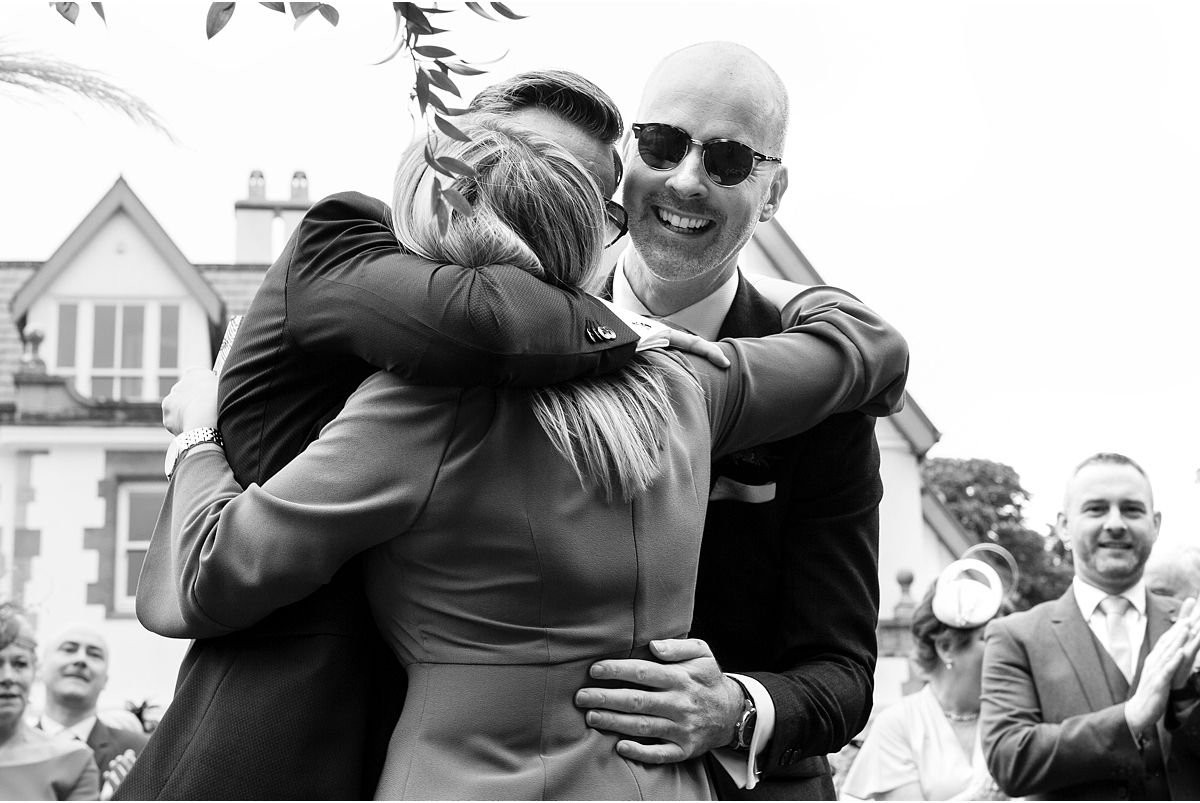 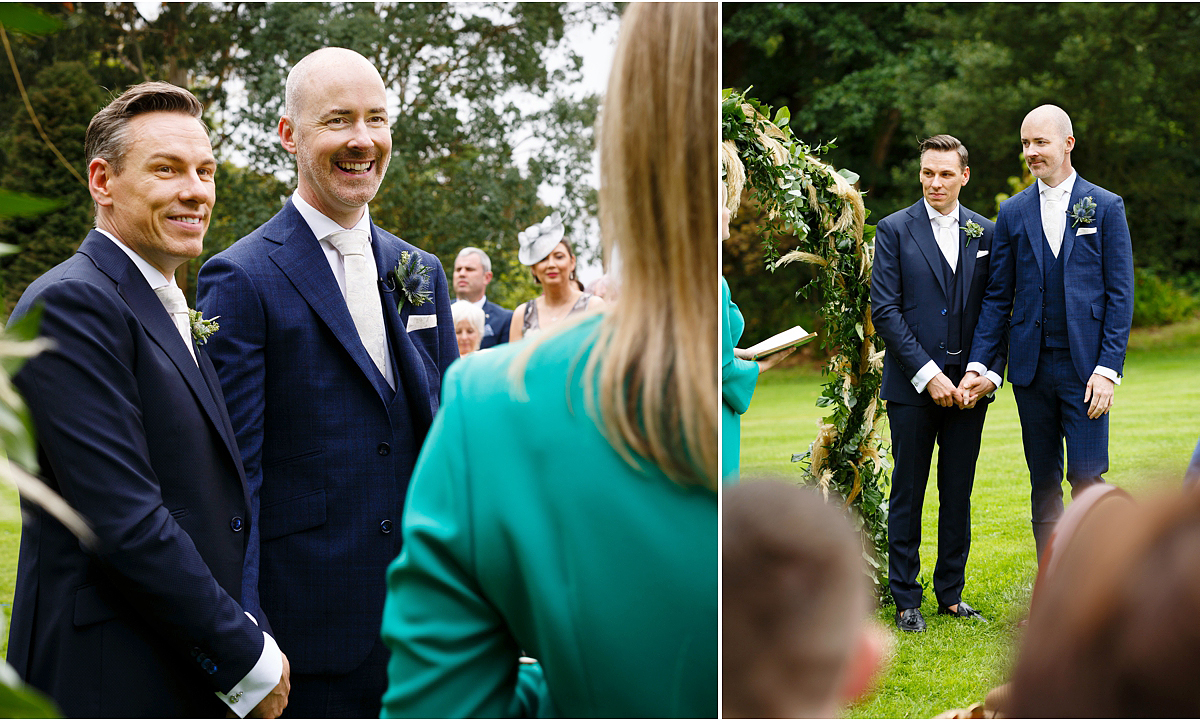 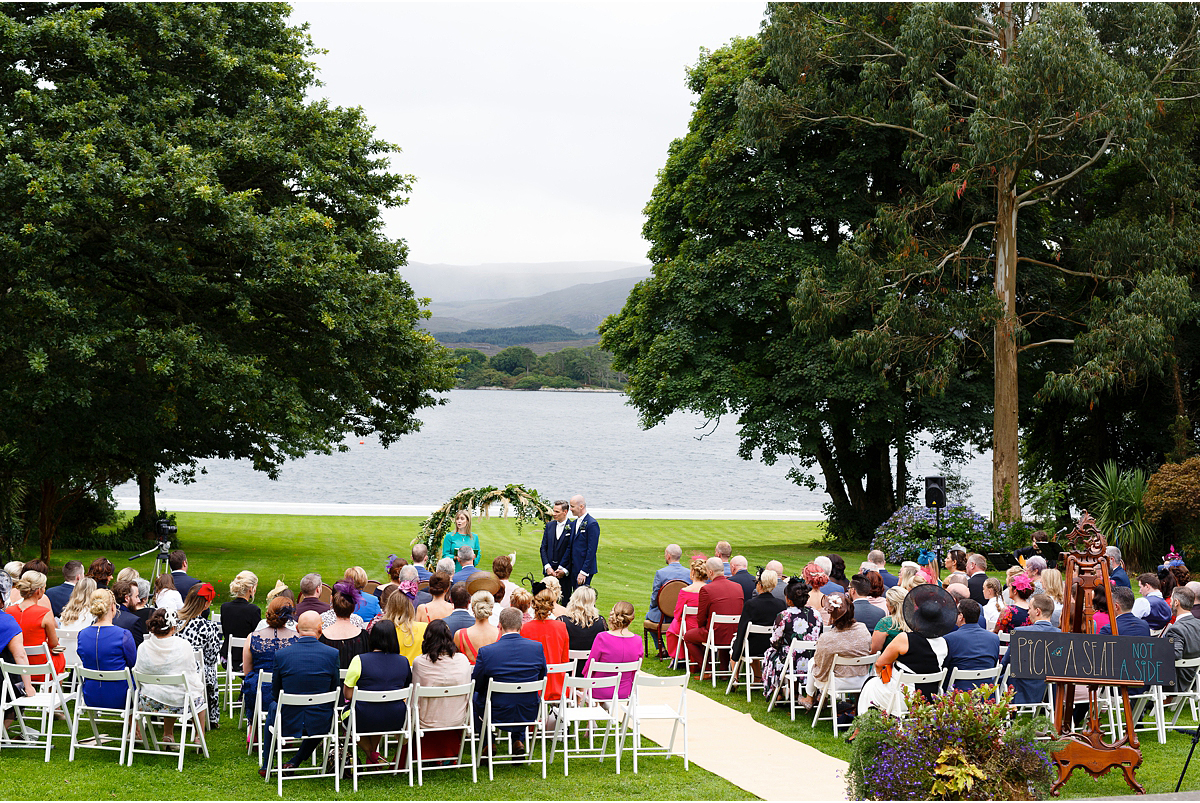 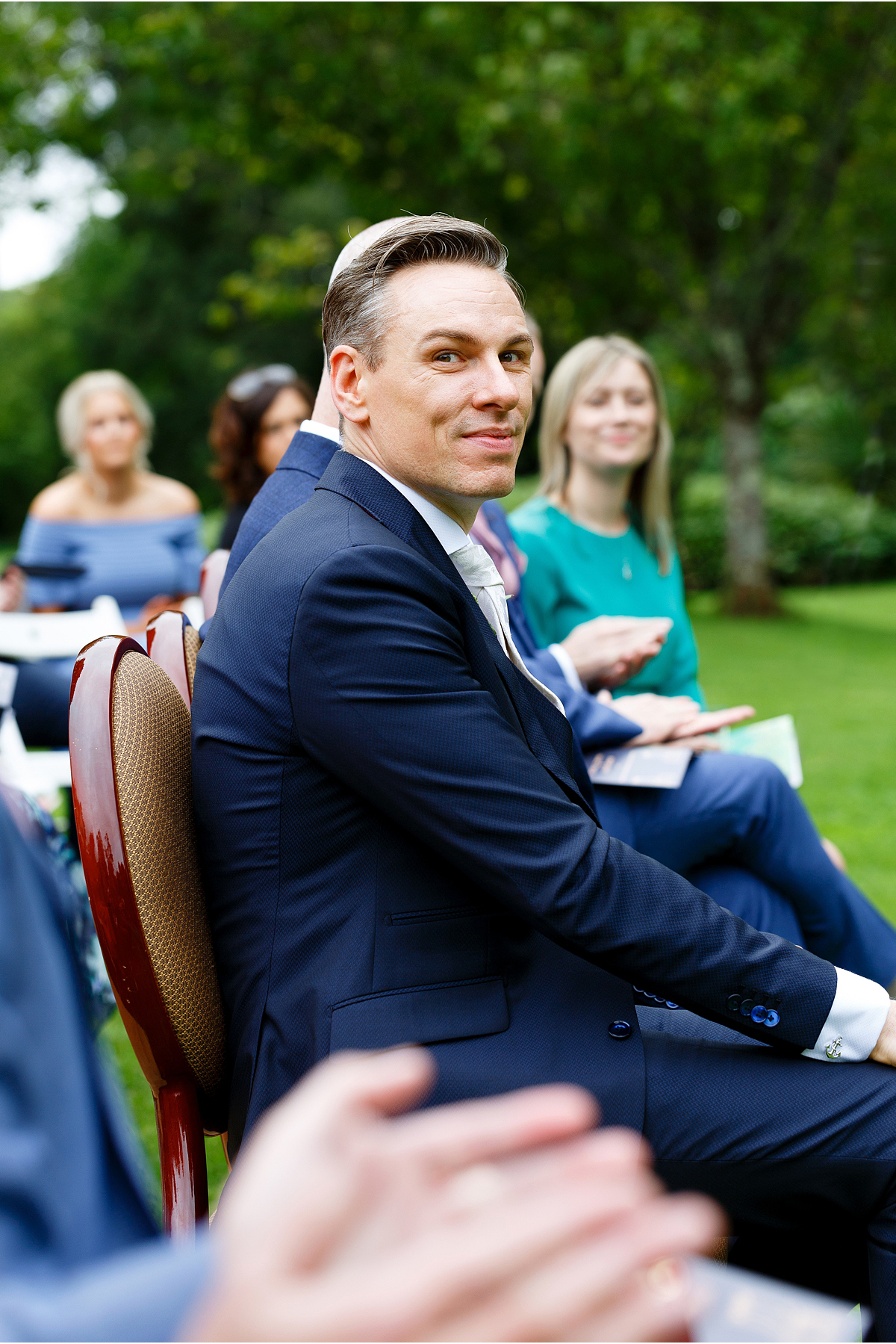 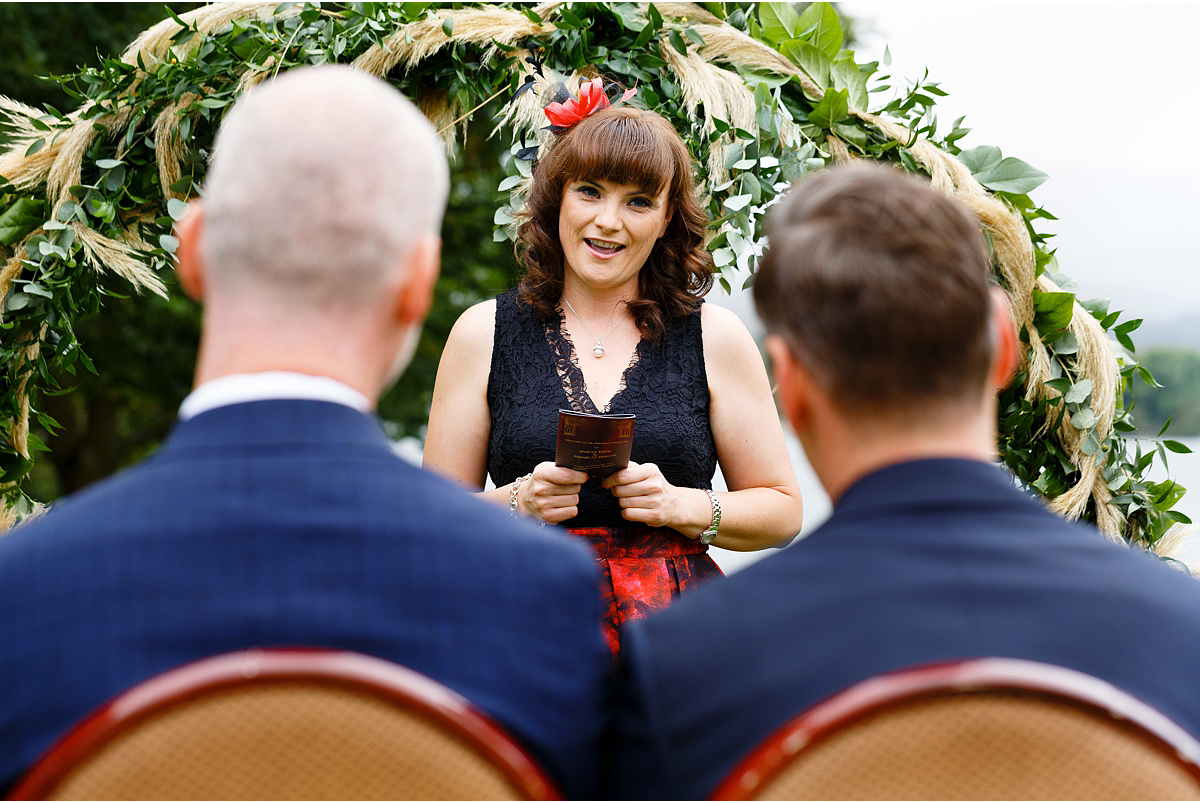 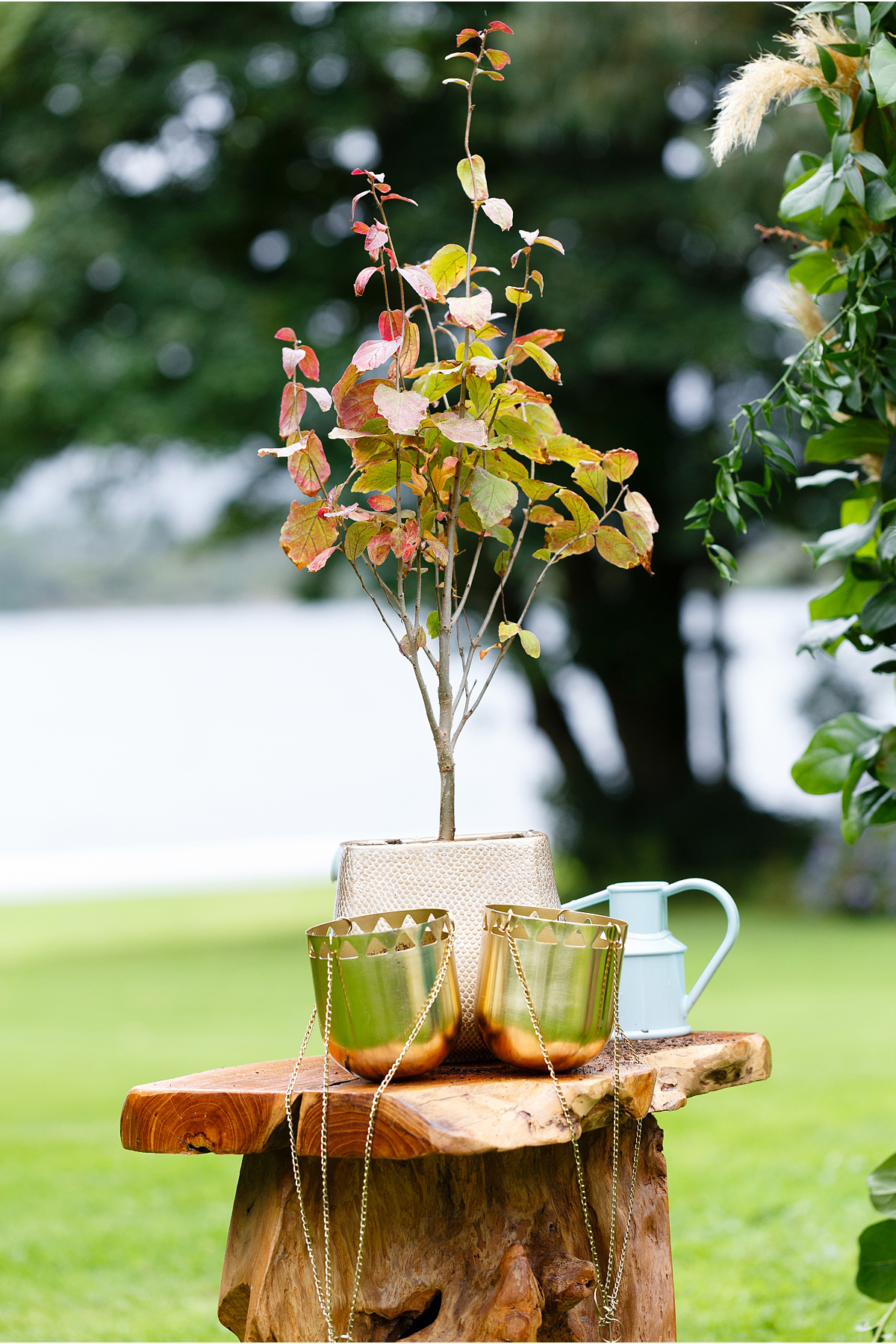 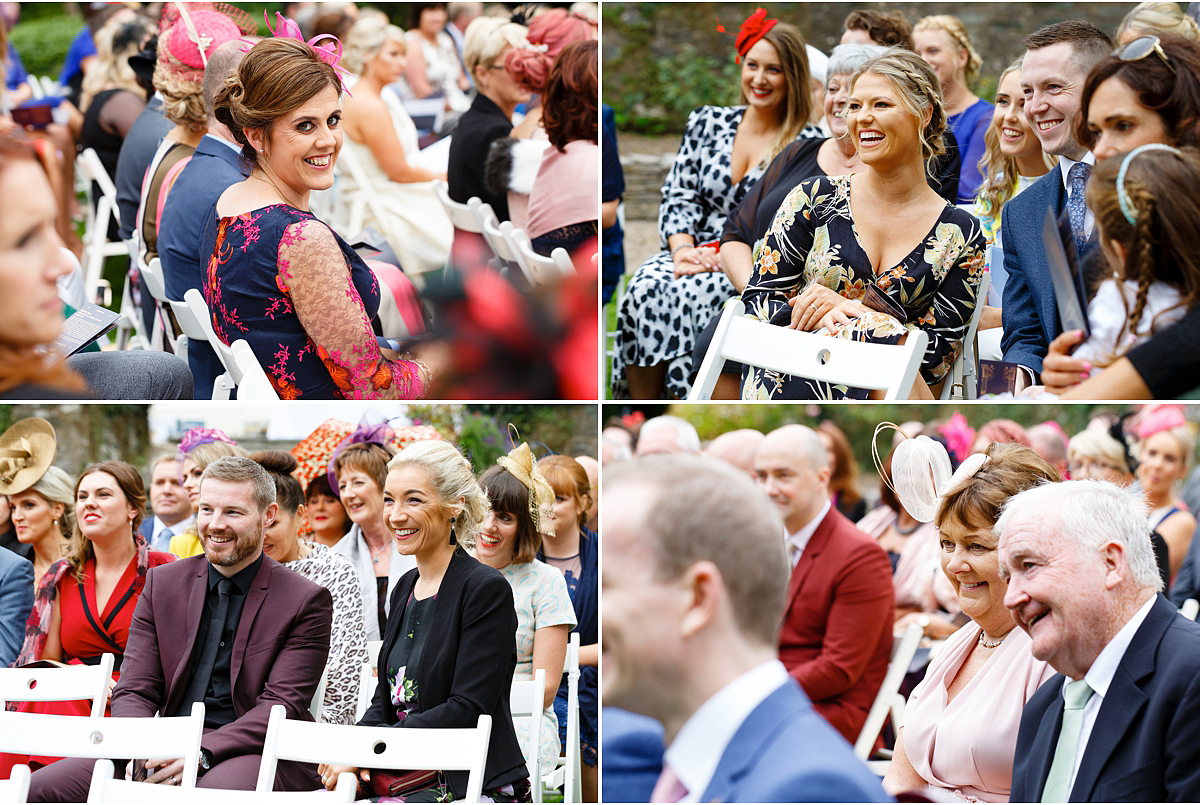 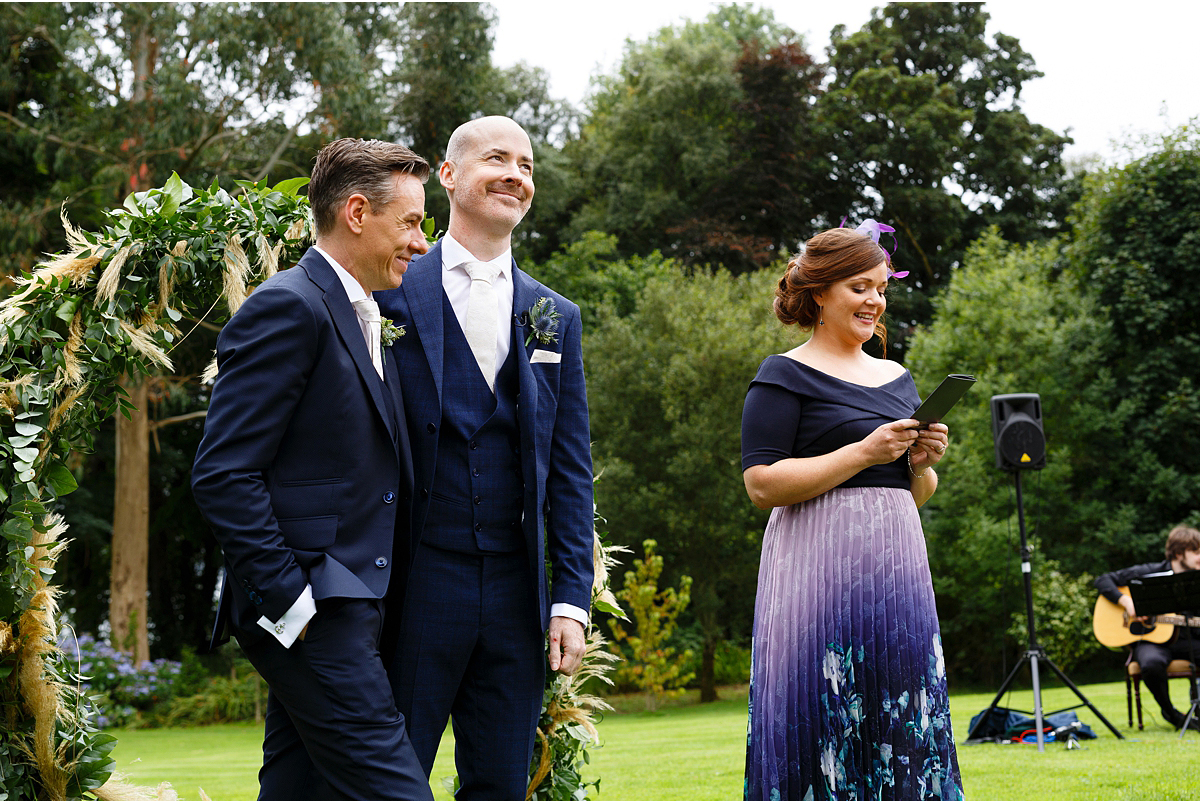 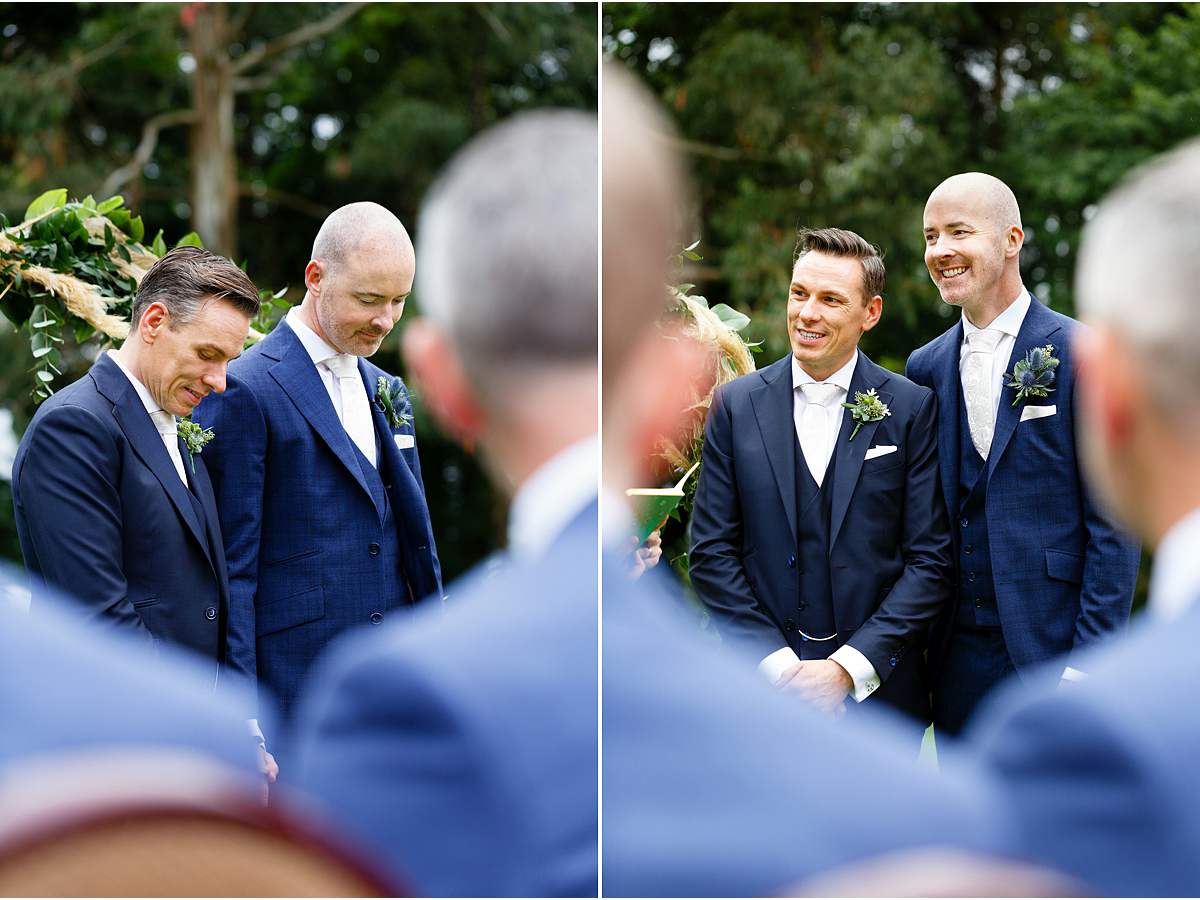 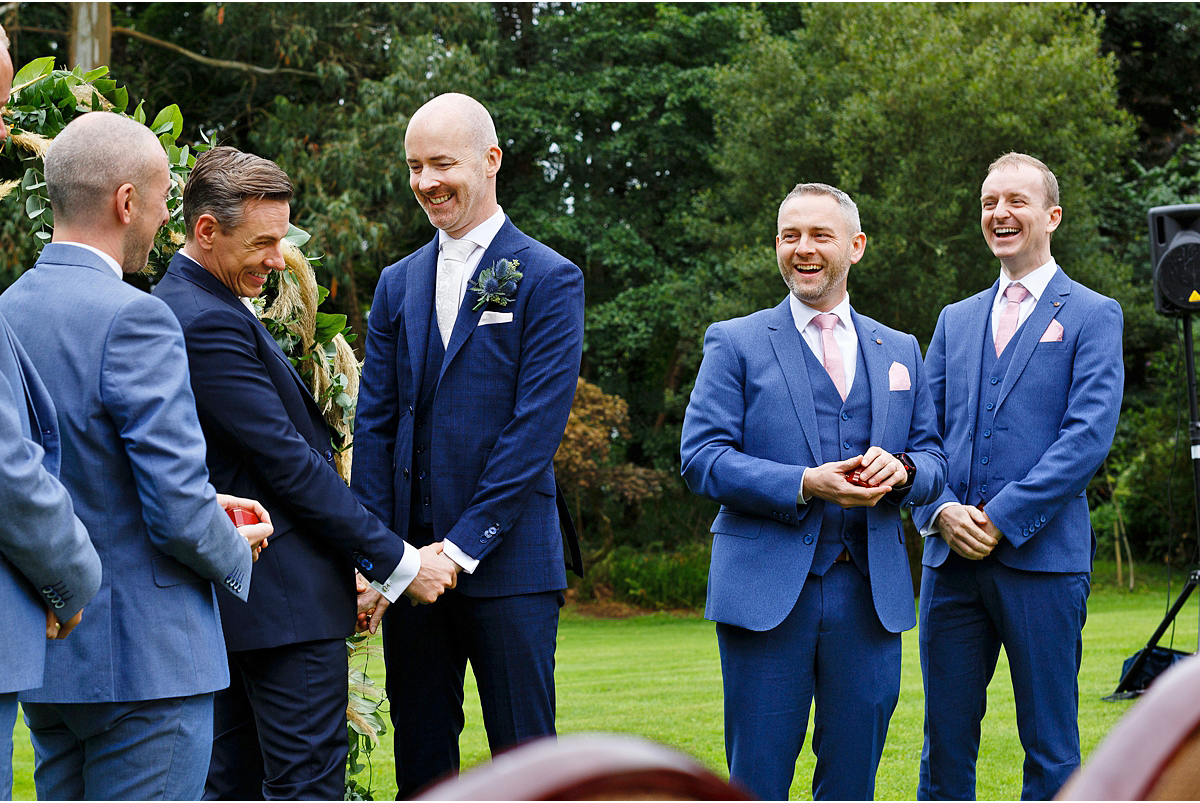 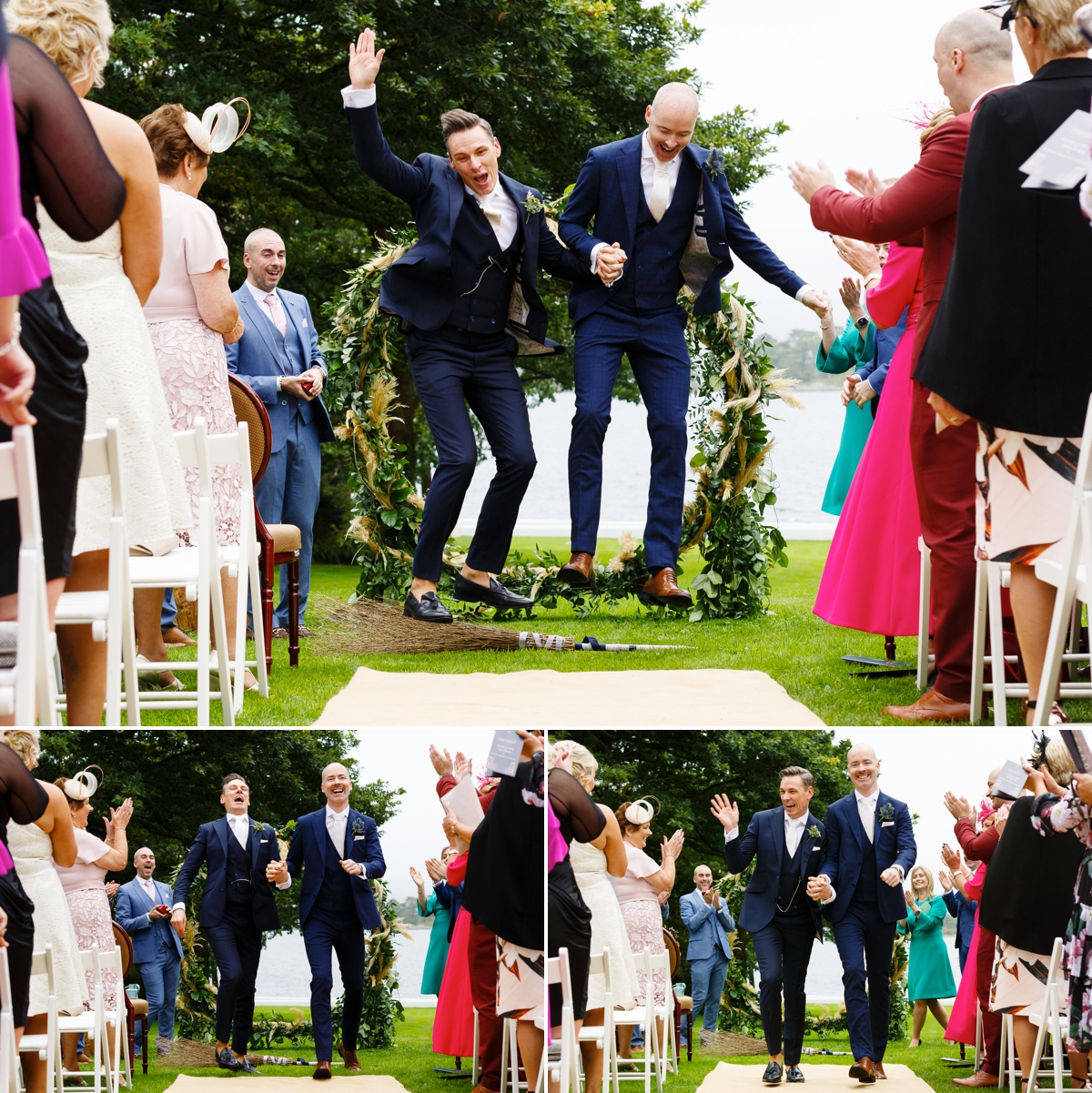 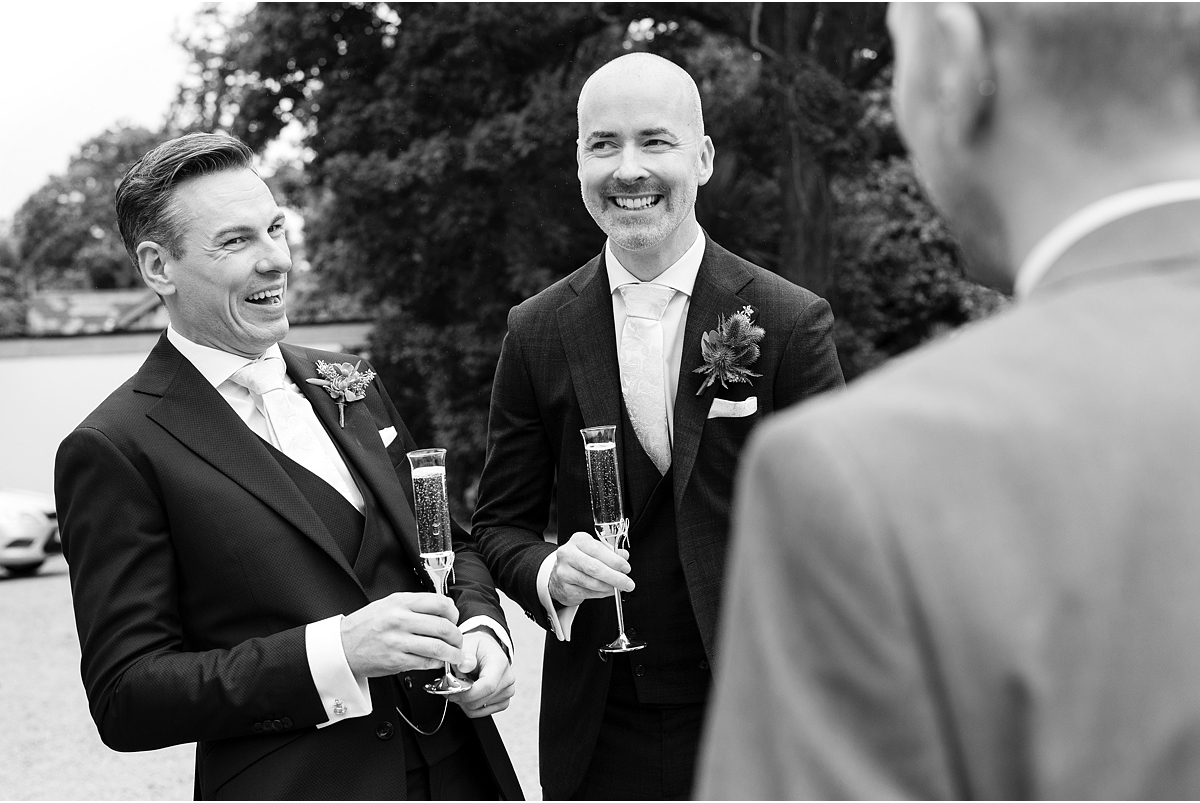 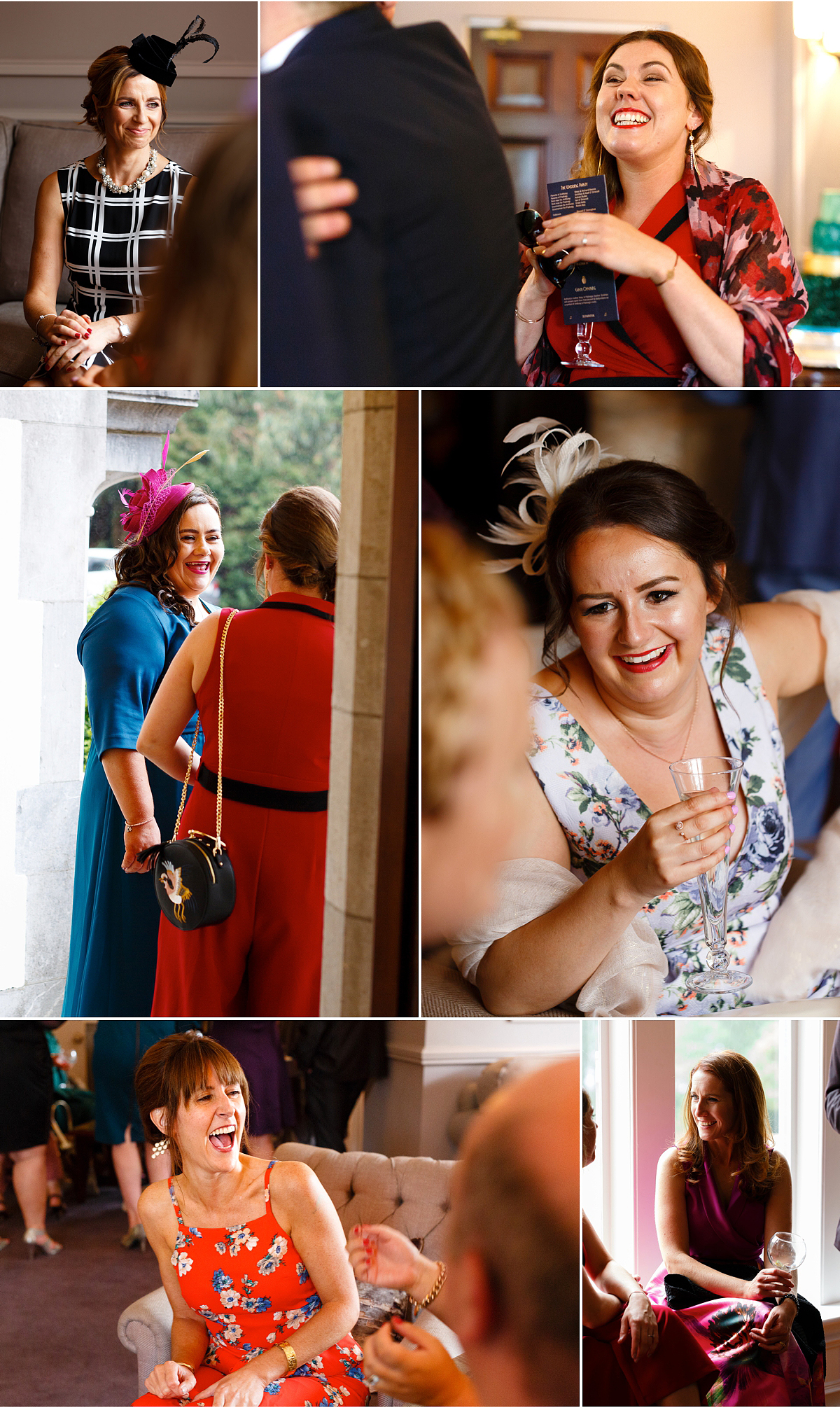 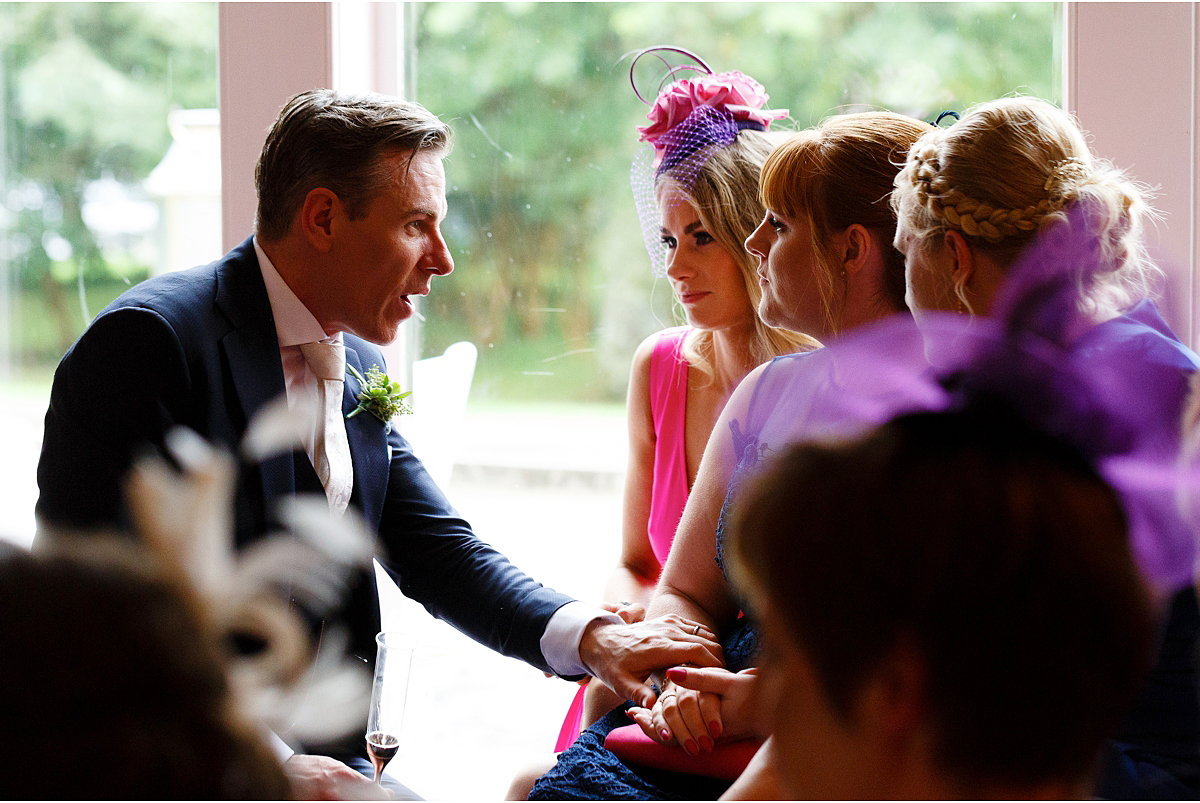 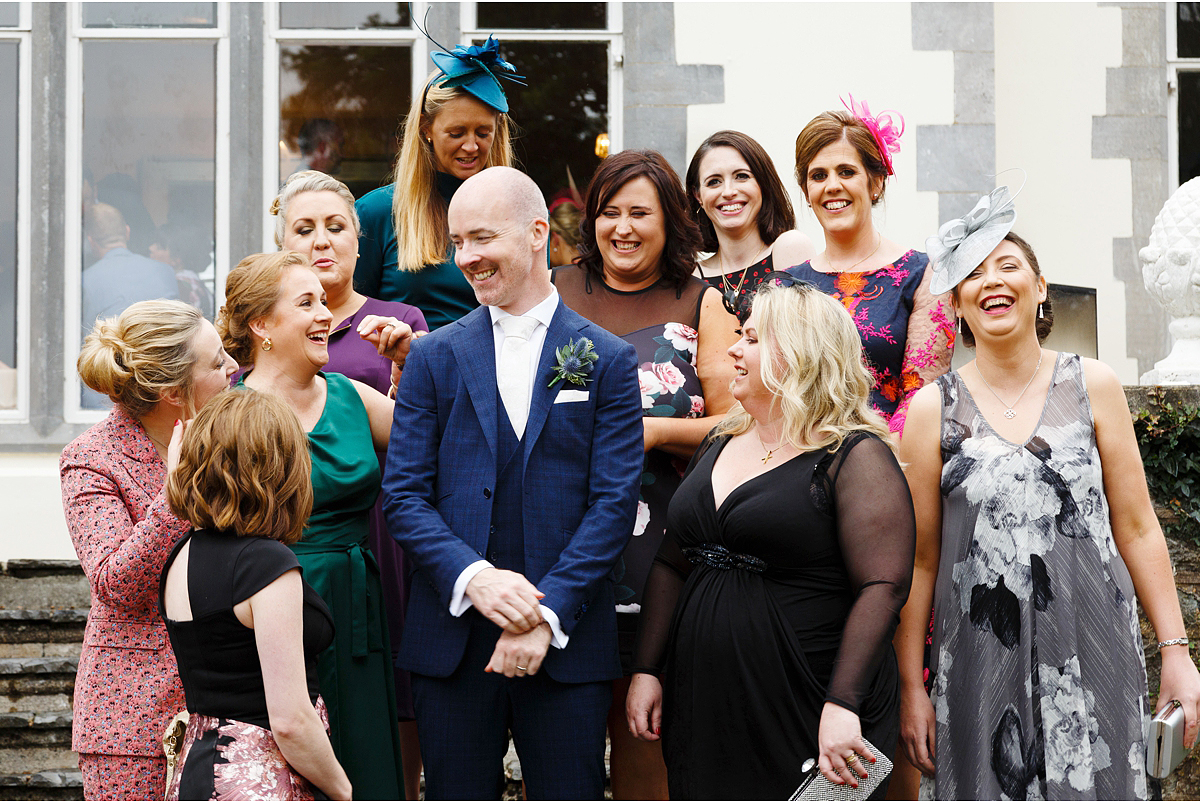 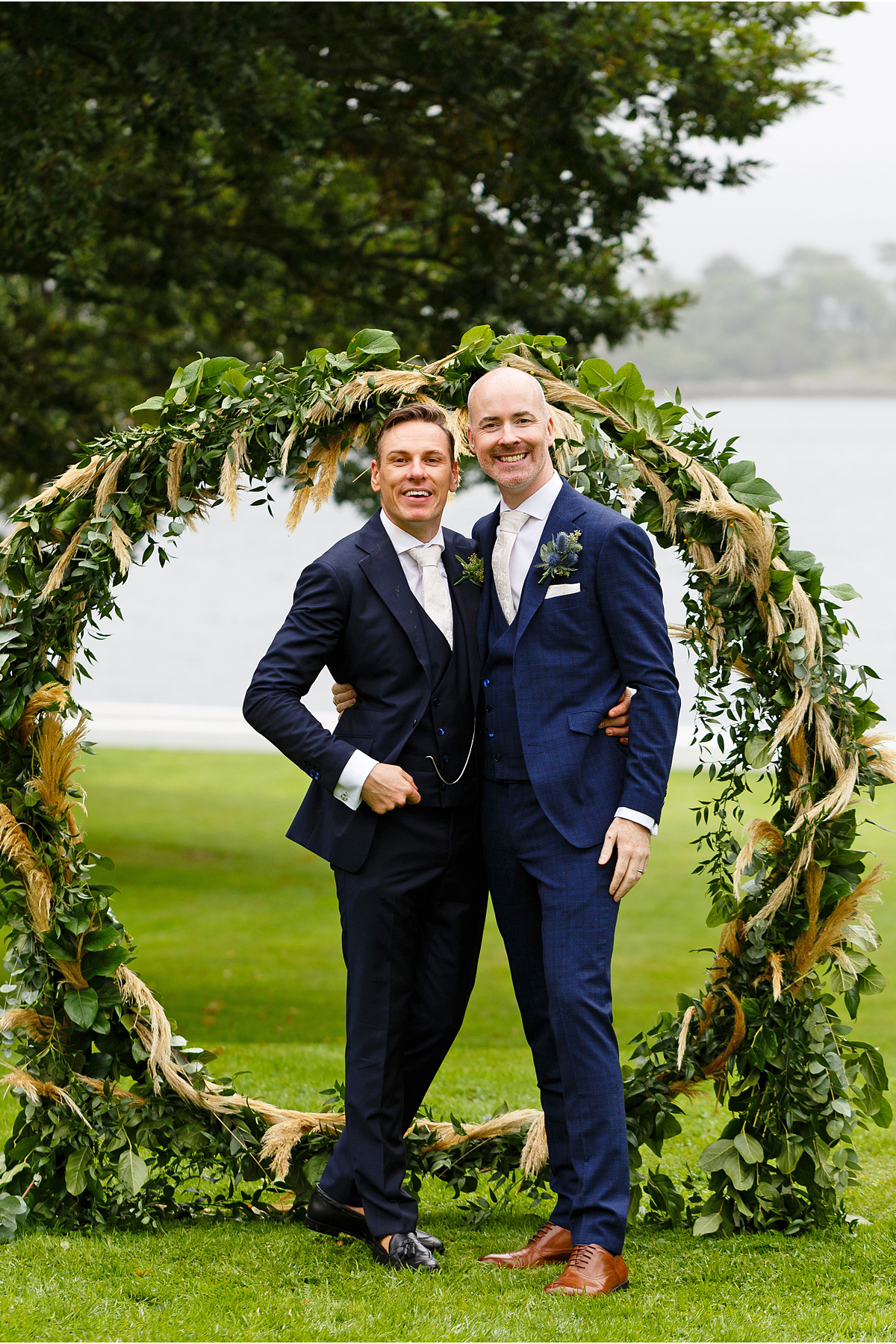